His Ancestors and His Descendants 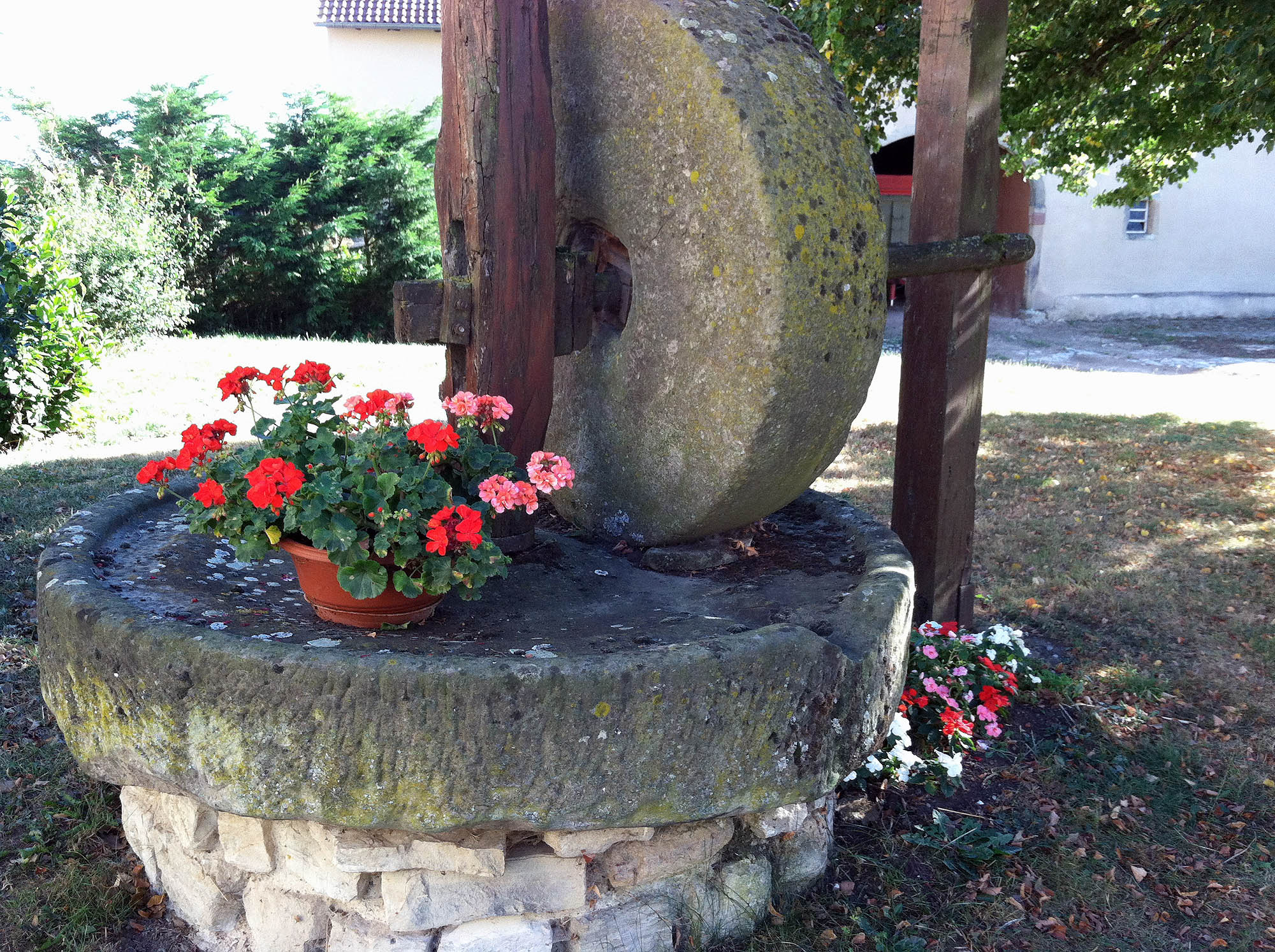 Original millstone at Zelle Ferme near Petit-Tenquin, Moselle, France, home of Michel Saltzman and Catherine Weiss and their family for a number of years, until about 1810.

A 1589 Swiss record of the surname (Trina) Salzman is shown below. Over the years some families added a “t,” others added an extra“ n, still others changed “z” to “s”—so evolved the various spellings.

The Winter 2002 issue of Illinois Mennonite Heritage Quarterly carried the story of Immigrant Johannes Schrock of Illinois. Johannes’ wife was Catherine Salzman, daughter of Michael Salzman. This time I focus on the ancestry of Michael Salzman in Europe and follow him and his family to America. Both the Schrock and Salzman families were closely linked to Belgrade farm near Bistroff, Moselle, France in the early 1800s. Belgrade was home to a number of Anabaptist families, including Staker, Schertz, Engel, Stalter and Zehr families, who after emigration lived again in a close community in Butler Co., OH, and then in Tazewell Co., IL. Bistroff is no doubt where Catherine Salzman and Johannes Schrag courted, and they were married a few miles away in Blamont in 1826. The Schrock and Salzman families traveled together to America in the spring of 1831. We begin our story with Michael’s ancestors—his grandfather Christian and father Michel.

For several months in 2004/2005 I was in contact with Joseph Staker, who was researching his Staker connections in Tazewell County. These connections include many Amish Mennonite families with names such as Salzman, Schrock, Birkey, Zehr, Schertz, Engel, Garber, Roth, Ropp and Farney. Since there is interconnectedness in our family lines we worked together to decipher connections from original documents and collected works. Joe has done the footwork of ordering and reading film after film of French civil records. I added what I could to his findings. He has done a great service in connecting so many of the families of Tazewell County and surroundings. His family document is online. (The link is on my Home Page.) I thank Joe especially for leading me to the ship list with the names of my Schrock and Salzman immigrants.