Robert de Ffenwick is the first recorded owner of the surname Fenwick and lived in the Scottish borders around 1220. The next recorded Fenwicks are Walter del Feneweke in Lincolnshire 1275 and Thomas de Fenwyck of Northumberland in 1279. The Northumberland and Scottish Fenwicks were a famous border clan found on both sides of the border and are thought to take their name from Fenwick near Kyloe in Northumberland, a place that means ‘the farm on the fen’. Some Fenwicks, with origins slightly further south, may take their name from Fenwick in Yorkshire. Fenwicks seem to have achieved notoriety throughout their history and were frequently involved in the Border troubles of Tudor times. Their historic strongholds included Kirkharle, Bywell on Tyne and the peel tower at Wallington, which later made way for the site of Wallington Hall, near Morpeth. During the Civil War, a Northumbrian called Sir John Fenwick was killed at Marston Moor, but it is a descendant of the same name, who lived during the reign of King William of Orange, who has gained greater fame. This Sir John Fenwick was beheaded for High Treason after conspiring to murder the Dutch-born Protestant King. Sir John’s property and estate were confiscated by King William, who came into possession of Fenwick’s horse called Sorrel. This horse was later to throw the King from its saddle after it stumbled near a molehill in the grounds of Hampton Court. Shortly afterward King William died from his injuries. The horse had thus fulfilled the wishes of its original master.

“In addition, it can be stated that the following has been proved with absolute certainty:

“Peter Dent, naturalist, and professor of Cambridge University recorded in 1684 the background of his family in Cambridgeshire Pedigrees in the Heralds College of London, England.

“William Fenwick (a contemporary of King Henry VII) married Joane Musgrave who was co-heiress with her brother Thomas, Lord of Ryall and Heaton. They had at least one son, Sir John Fenwyke of Ryall and later Knight and Lord of Wallington. The name of his wife is not known.” 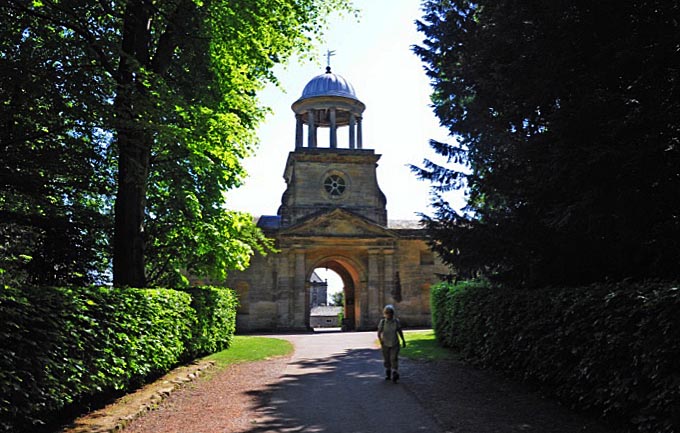 No direct connections to our family line

Robert de Fenwick lived at Ville de Fenwick in 1190 and1230.
Thomas Fenwick possessed the Manor Capheton.
Sir Thomas Fenwick was Knight of Fenwick Manor.
Sir John Fenwick was also Knight of Fenwick Manor. He was knighted in the French war by Henry V and given the motto “perit ut Vivat” and “Trouble Ville” in Normandy. In this generation, Fenwick Towers descended to Sir John’s eldest brother Sir Alan de Fenwick.

In the late 1400s William and Joane’s son John Fenewycke was born. He eventually married Margery Harbottle. Sir John had at least one son, John of Newburne Hall, who married Joane Clavering of Callaley County, Northumberland.

Their son Sir Roger Fenwyck of Wallington and Mydelton was of an old family whose escapades with and against the Dukes of Northumberland made very thrilling history when the Percys and other border families were opposing the Kings. Roger married Dorothy Widdrington, daughter of Sir John Widdrington. They had at least three children, two sons William and Raffe, and one daughter Ann born circa 1500, who married Roger Dent.

Thus, the integration of Fenwycke and Dent families.

The Fenwick Baronetcy, of Fenwick in the County of Northumberland, was a title in the Baronetage of England. It was created on 9 June 1628 for Sir John Fenwick, of Wallington Hall, Northumberland. He sat as Member of Parliament for Northumberland and Cockermouth. The second and third Baronets also represented Northumberland in Parliament. The title became extinct when the third Baronet was executed for treason on 27 January 1697.[1]

The ancient family of Fenwick had its seat from the 12th century at Fenwick Tower, Matfen, Northumberland, and later from the 16th century at Wallington Hall.