Photo taken by Donna Birkey while visiting the cemetery in 2008.

In the beginning of 2017, an association was formed for the preservation of the Anabaptist-Mennonite cemetery in Rhodes, France. It had become overgrown, some gravestones were leaning badly, the back wall had deteriorated, and nameplates were missing.

The land on which the Rhodes cemetery was created belonged to the Pelsy family. Three descendants of Jacob Pelsy had inherited the land: Christian, Jacob and Nicolas, who are buried there with their wives, Catherine Abresol, Madeleine Schertz and Barbe Abresol. They are three of the fifteen children of Christian Pelsy and Catherine Werckler who did not emigrate to America. All three had homes in Rhodes. Among surnames found on the site are: Pelsy, Abresol, Hirschy, Wagler. (Jean-Paul Pelsy)

As one would expect, members of the Pelsy family initiated the preservation work, and after contacting descendants and interested parties in both Europe and the U.S., funds were donated toward the project. During 2017 several goals were met:

A Facebook Page has been set up for this project as well.
You can find a location map for this cemetery in our Cemetery section.

Below are photos received showing the cemetery before work began, and work progressing during the year. 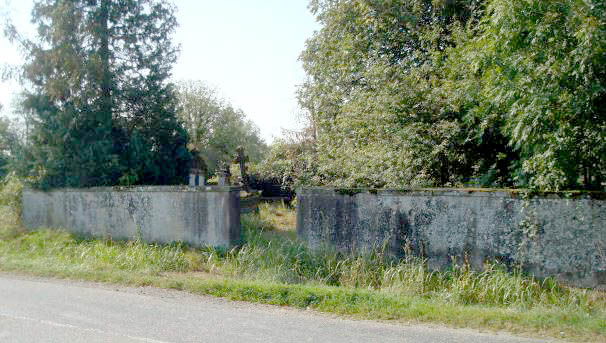 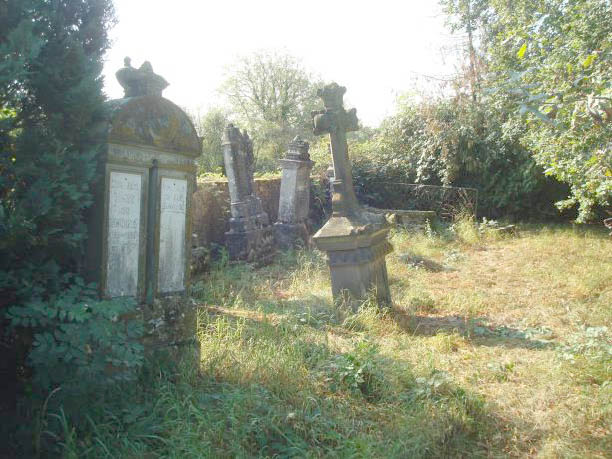 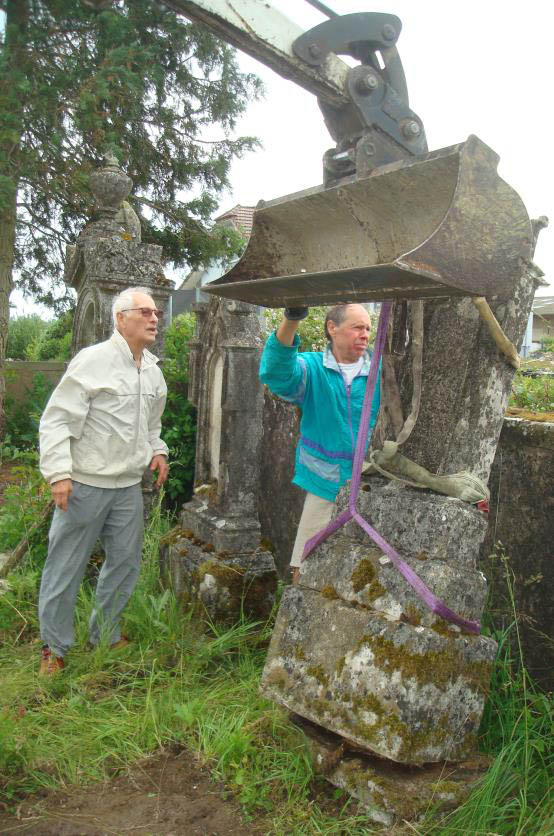 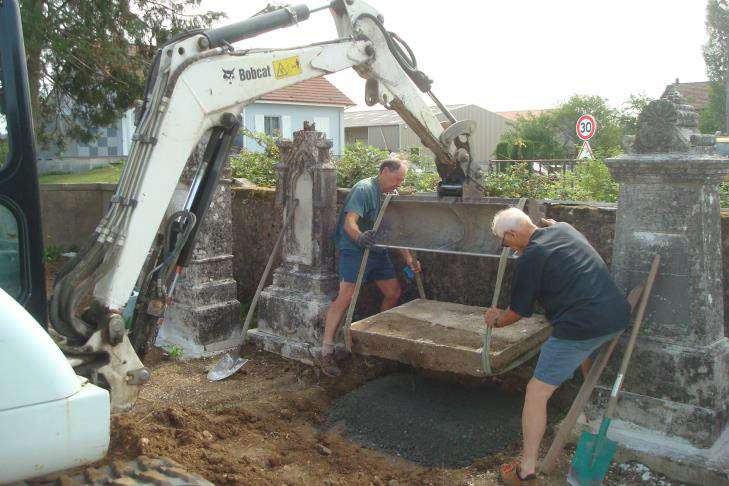 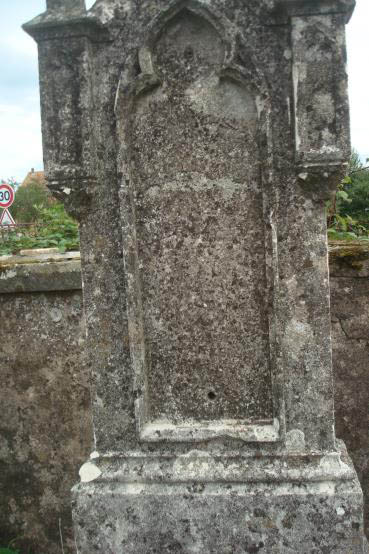 Yet to be completed – Nameplates

Yet to be completed – Back wall.

More recent photos of the restoration of Rhodes (FR) Anabaptist Cemetery have been received and are posted below. The dedication planned for June has been postponed until fall 2019. 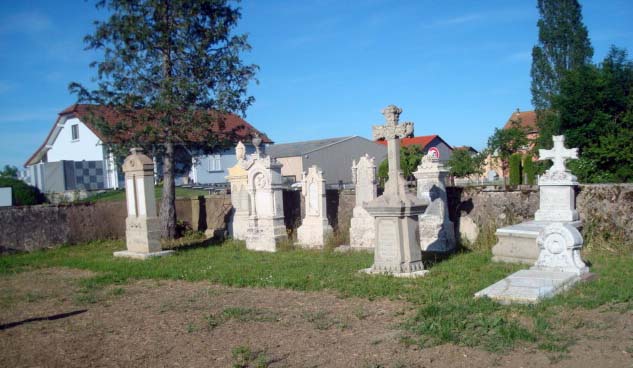 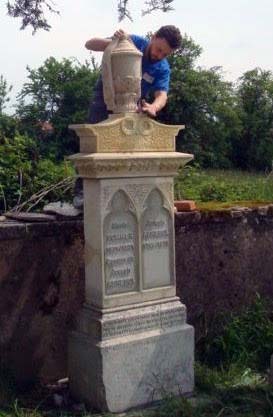 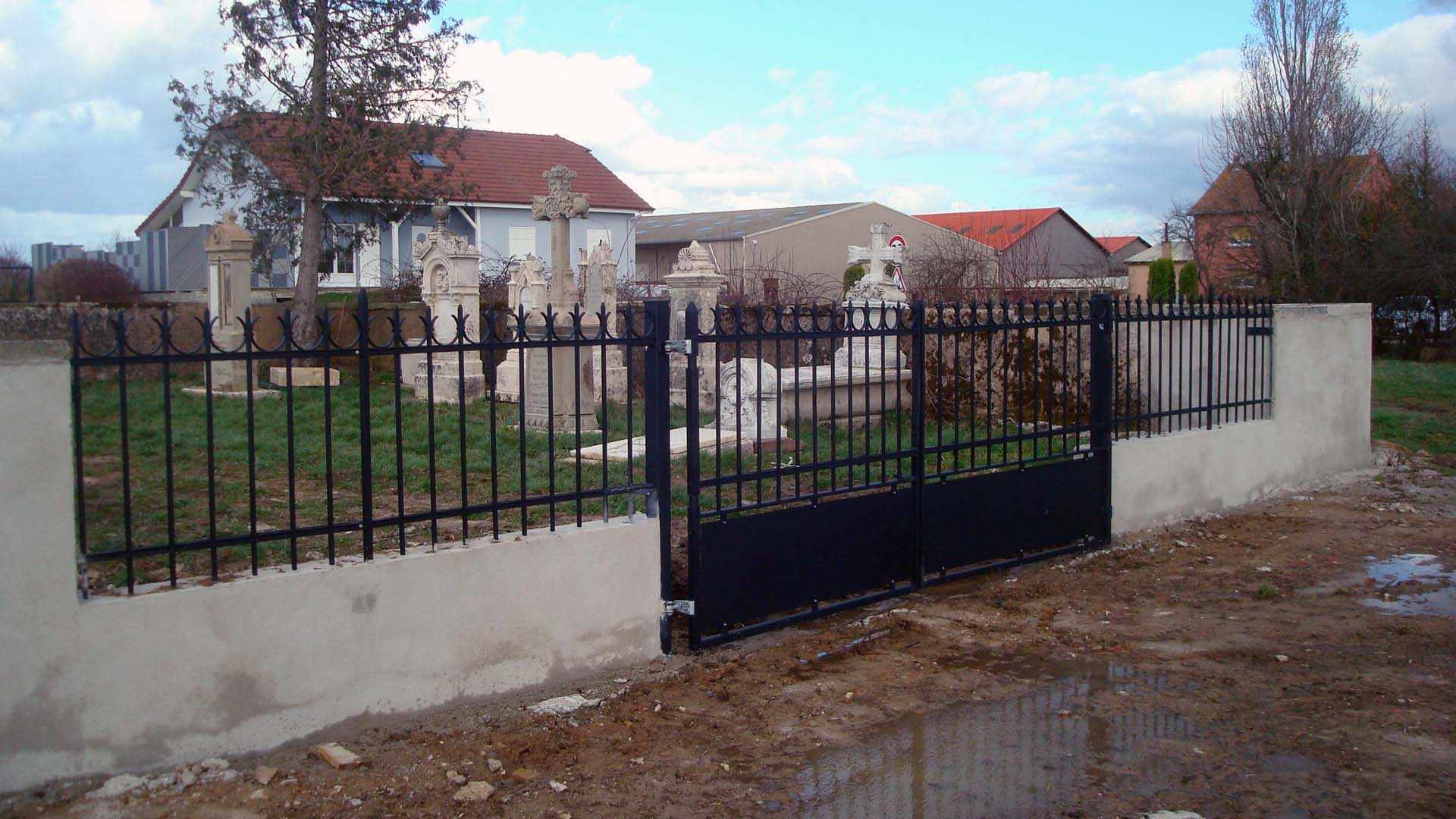 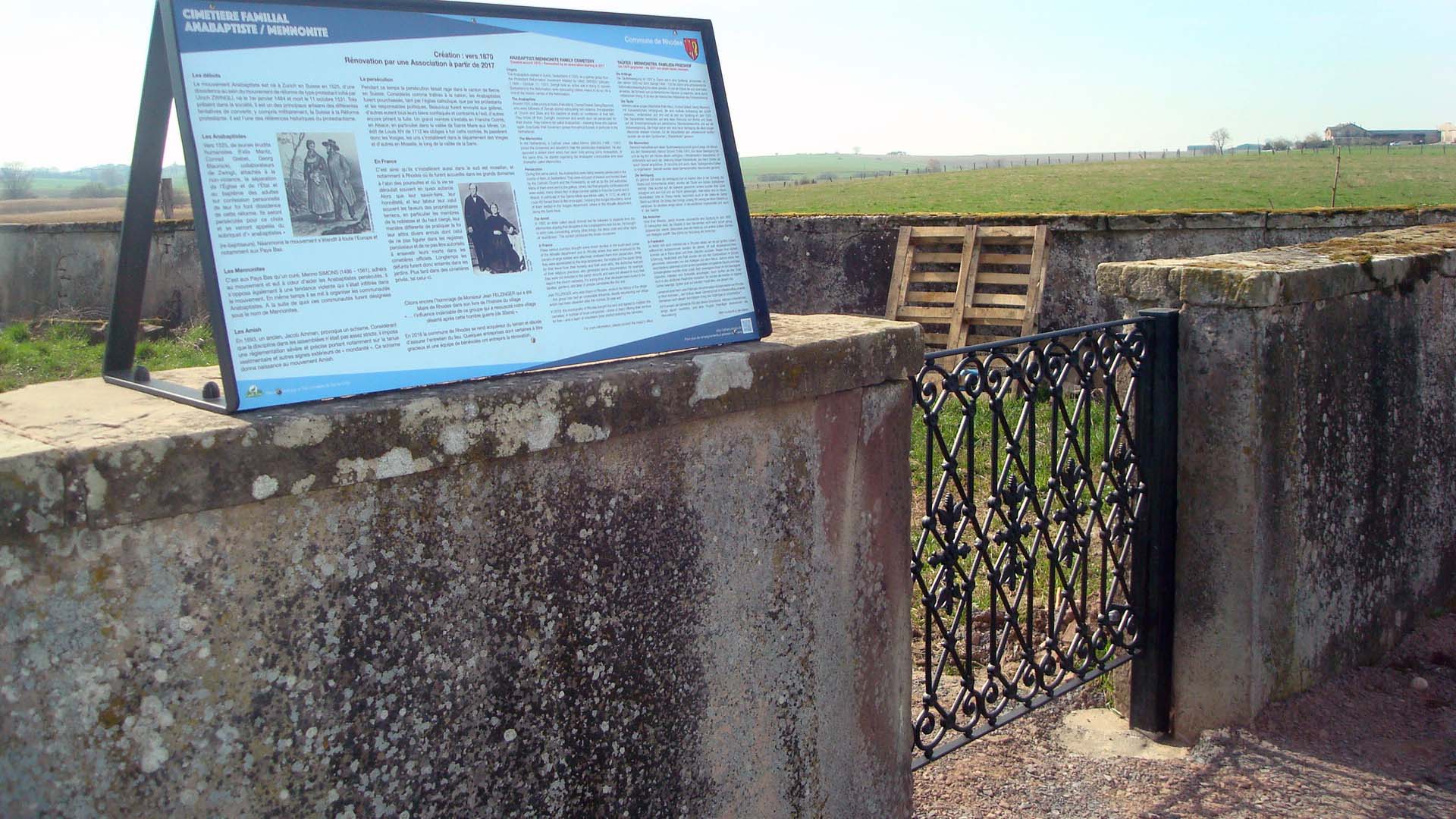